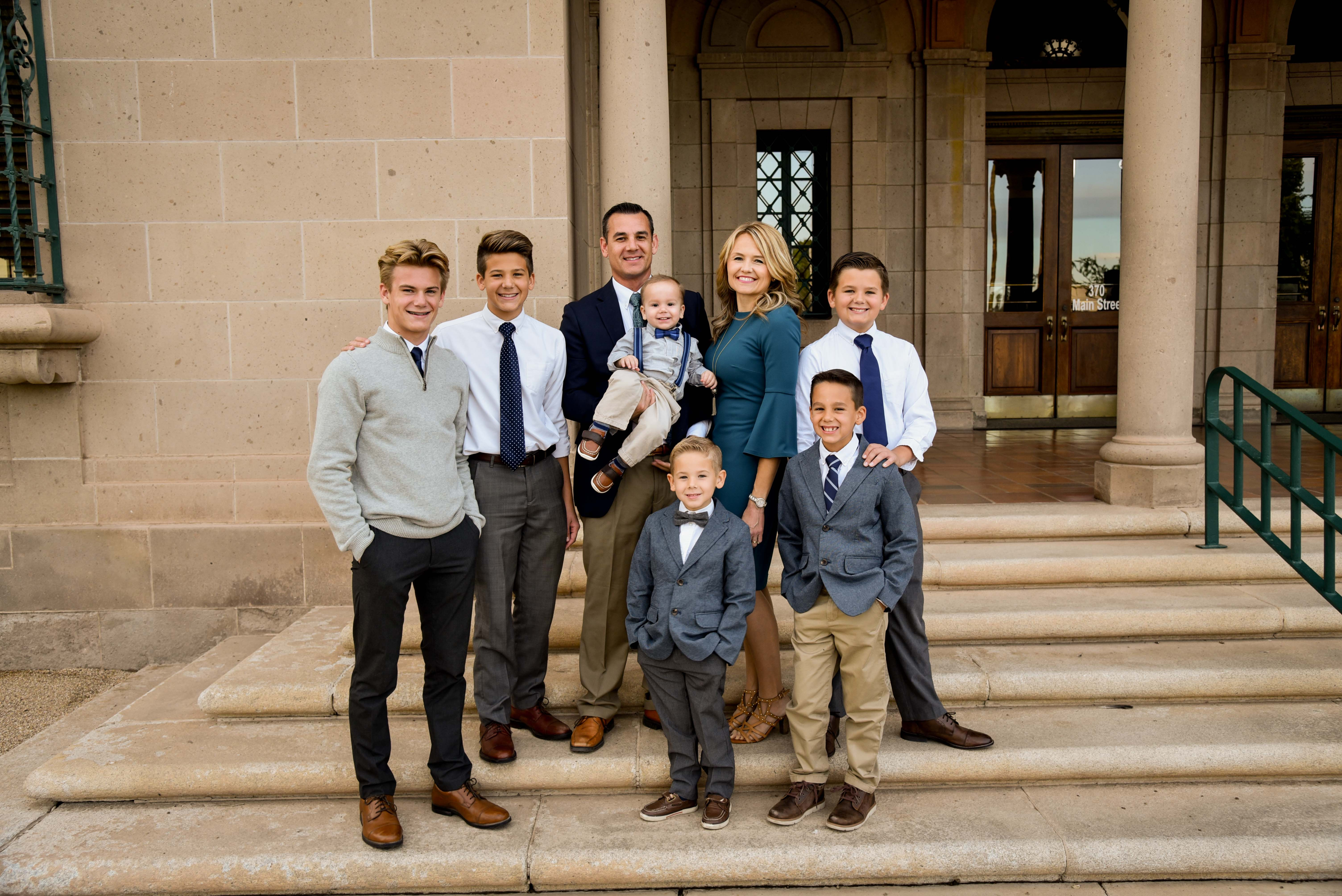 Dr. John Kempton has spent his whole life around kids and lots of them! He grew up on a farm in Chandler, Arizona as the ninth of twelve children. With seven sisters and four brothers, 56 nieces and nephews, and five sons of his own, he has plenty of experience with kids of all ages. His career as a pediatric dentist is the perfect fit for him.

Dr. Kempton did a lot of training to become a pediatric dentist. After living in Spain as a missionary for the Church of Jesus Christ of Latter-day Saints, he earned his undergraduate degree in Spanish from Arizona State University. In 2007, he received his D.D.S. from University of Iowa College of Dentistry. In 2009, he earned his Pediatric Certificate and Master's in Oral Biology from Baylor College of Dentistry and a year later, he passed the test to become a Board Certified Pediatric Dentist and a Diplomate of the American Board of Pediatric Dentistry. While at Baylor, his research regarding rare dental disease was also published.

It's not hard to tell that Dr. Kempton is a family man. He and his wife, Jessica, have been married for 20 years and they have six active boys. After living many different places, they are happy to call Yuma their home! When Dr. Kempton is not working on teeth, he likes working on old Chevy trucks, serving in his church and community, wakeboarding, snowboarding, and riding the sand dunes.